Kryptonite For The Uber Mom 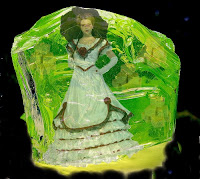 Who knew that when we moved into this community I would at times become Ms Hyde? I try hard to think good thoughts and follow the ideals of Buddah and The Talking Heads ("Remain In The Light") but biology/instinct rears it ugly head and allows the dark side to seduce me. Four years ago the elderly couple next door sold their home and faster than you can say Martha Stewart on speed Uber Mom and her family moved in next door. Yesss, on reflection now I see this is the exact moment when I began begin my search for Kryptonite.

Why is she my Uber Mom? Because she home schools! I wanted to home school but somehow the need to pay off my student loans, buy some crap and forge an independent identity away from my family trumped my nobler goal. Forgive me Buddah for truly knowledge was not my only goal, I wanted to use my college education for making cash. I’m a bad bad mom for unleashing the school system on my children. But I have made sure they have iPods. On second thought that just makes it worse: Buddah, ring up Dante tell 'em I coming express to level 4 or 5.

Truth time, my neighbor has been a great member of the community. Twenty-four days or so out of the month, we are actually quite chummy. It’s only during that special time or shall we say level, that I focus on her refined southern accent and the fact that she went to Tulane. Yah, sure she is as unblemished as porcelain in the moonlight and pale enough to make said moon tan with envy, and when she approaches the fence in the backyard I always imagine her in a white lace hoop dress looking for Rhet Butler. She says things like “Isn’t that darling?” While I say things like “What the frack?” Might as well slather me in grease, knock out my front teeth and put overalls on me cause Imma goin pig callin after I talk to the Missus.

It’s strange how so many things come down to food for me. I have gotten over my lack of trunk and my only self-inflicted weakness in my cooking of soul food. Once Uber mom found out my husband was from southern roots, she started sending pans of cornbread over. She floats to the porch, rings the doorbell daintily with one of those gentile fingers and remarks what a task it is finding traditional southern fare here if you don’t venture into “the inner city.” The inner city? The words hung in the air and rearranged as code for where working class black folks live. I know my neighbor is not prejudiced or racist, but at this time of the month, I imagine her owning many people of color. If I looked like her with that accent and those mannerisms, I would not go into the hood either for fear or hope of a Mandingo moment. I’m Japanese but I sometimes channel black.

I know I have become overwhelmed with my own machinations but why the cornbread always around this time of the month? I smell a conspiracy! Of course what truly bothers me is that I don’t home school. When the yearly scholastic tests come around, I have so far come out on top. This band-aid tempers my guilt quite a bit if I can manage to focus on it. Still, I know one day her children, Ashley and Jefferson Davis will score higher than my kids in reading and math and I will have to deal with it. My husband says I’m being “catty.” I really hate that word. Last Friday she came to the door and as she handed my husband a pan of cornbread she casually touched his shoulder. I don’t know if it were a cramp or her touch that triggered the rage. But as my family gobbled down her warm cornbread at the table I began humming Dixie. 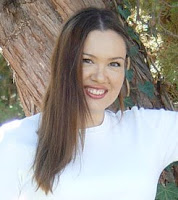 Camile Ryerson is our regular contributing writer. Her column appears every Wednesday. Read her views on politics, world affairs, pop culture, family and what she's reading. Her favorite genre is sci-fi.

I love your posts Camille. They're light hearted, funny and touching. Loved the part about her bringing your husband cornbread and you start humming Dixie! Haha :D

I actually have a few friends who were homeschooled until high school and while they are very smart, they don't know anything about today's teen life (don't get any of the jokes or listen to the music, etc.) This can be a problem as I think they feel silly and left out sometimes so at least your kids won't have to deal with that!
I love cornbread. My mother's family is from the south too, but she doesn't cook. I have to wait once a year to get my grandma's cornbread. Yum. Now I'm hungry!

Now I am also wondering why she brings over cornbread the same time every month. -_-