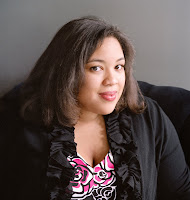 Most Recently Published Work : Before You Suffocate Your Own Fool Self

Is Your site designed for interaction?

There is a comment feature, and sometimes, such as with the MFA program posts, I will specifically solicit comments and discussion.

Can you tell us a little about Before You Suffocate Your Own Fool Self?

It's a collection of eight short stories. The stories aren't explicitly linked, and so there are distinct protagonists and plots. The book has, of course, many of the obsessions of most contemporary realist fiction: relationships with family, friends, and lovers, and how they define, create, and constrain character.

There's also a recurring focus on sex and sexuality and how women, particularly young women, navigate that terrain with an awareness of both their own agency and the ways in which their options are limited, and a focus on different ways that people experience race and racism in a contemporary context, and perhaps a recurring question of what it means to "grow up," in a world where adult lives don't look any one particular way.

Before You Suffocate Your Own Fool Self is mouthful but I loved this collection, and happily always say the full title. Where does it come from?

The title comes from The Bridge Poem by Kate Rushin. I'd read the poem when I was in college, and it meant a lot to me as a young writer. There's a wonderful stanza where the speaker describes her life as a series of endless translations. I think of writing often as an act of translation-- translating a character's experience into the reader's experience, and I also think the idea of translation is central to a number of my protagonists, who have to move between distinct worlds, and do a lot of behavioral and linguistic codeswitching.

The particular line I chose as the title I like because it has layers of meaning. In the poem itself, it’s directed by the speaker to someone else, and the implication is that the someone else is one of the people who has been using the speaker to define him or herself, or expecting the speaker to explain herself all the time. So, there’s an element of the title that’s confrontational, saying something to the effect of try to understand my experience before you drown in your own, which seems fitting in a collection that is somewhat concerned with characters who don’t often get heard when they tell their own stories in their own words.

Removed from the poem itself, the title also speaks to many of the book's characters, who have often gotten themselves into their own messes, or are at a moment where they need to make a choice about who they’re going to be.

This collection works great for teens as well. Have you ever considered writing a YA novel?

I don't so much think of audience when I write, so I don't know that I would ever set out to write a YA novel, because I don't know that I could write at all with a particular kind of reader in mind, or that I could change my writing to tailor it to a particular audience. One of the things that was important to me in writing the two stories with teen protagonists was to demonstrate how smart the teen characters are, and how aware they are of the choices available to them.

Even where the characters end up in over their heads, or dealing with consequences beyond what they'd anticipated, there's always an internal logic in place, which seemed to mesh with my sense of teenagers as often very smart people in a very confusing world that often refuses to treat them as intelligent. So, although my novel is a bit more structurally complicated than the short story collection, I don't think there's anything about it, or for that matter about most adult books, that would keep teen readers from being able to follow it.There's also a lot of YA literature that adults enjoy, and a lot of YA literature tackling complicated, difficult issues, so I guess part of why I don't think I'd set out to write a YA novel is that I don't know what that categorical distinction would entail and I'm not particularly interested in creating a binary there.

I believe good fiction can easily reflect societies issues without overshadowing the story and you've done just that. Issues of class, gender and race are raised, though the stories are all so well layered they are simply a part of the whole.

As a Black female writer do you find yourself answering more questions about the race and gender in your work (like this one) as opposed to strength and quality of your writing?

Yes. There are a lot of readers and reviewers and interviewers who really understand the book, and understand that it's about both race and a lot of individual people's personal experiences, and I'm always happy to have that conversation because that is part of the book's focus-- what does it mean to try to be your own person when you're marked in these ways that make you vulnerable in certain contexts, both literally vulnerable and psychologically vulnerable to other people's assumptions and expectations? But I find that in some cases race is the only thing that people want to talk about, and it can be frustrating, because I don't have the kind of concrete answers people want there-- if I did, I would have written a non-fiction treatise, not a book of fiction about people with messy lives.

I think it's funny sometimes because I get asked a lot of questions that are sociological in nature, and I'm not a sociologist, I'm not necessarily equipped with any particular data. I think there's also a tendency for some racial issues to become "trendy," so, for example, I get a lot of questions about how biracial Americans are doing, and there's been a focus on that aspect of the book, even though only one of the eight stories features a biracial character, and in addition to not being a sociologist, I'm not even biracial-- my mother is. It's not just that I don't have the answers people are looking for, it's also that, as a person who has studied African-American literature, and now teaches it, I find it frustrating how often books that are really smart and beautiful on the sentence level, or really tightly plotted and structured, get reduced to pure history or sociology, because they are some students' only exposure to African-American life or history.

It's not that those historical or sociological elements aren't important, but it takes something away from the author as an author, as a person with an imagination and an aesthetic vision, to treat African-American literature as if it's just reporting. (It also, of course, takes something away from actual reporters and historians and sociologists and anthropologists to act like any person with brownish skin is a qualified source of broad data on a social-group. )

Having said all of that, I find infinitely more frustrating than the conversations that focus only on the racial elements of the book, the conversations that sort of dismiss the idea of race. I mean, we shouldn't have to say, "This book is about black characters, but that shouldn't make it irrelevant or threatening to white readers, because it's not really about race," and it seems we're not quite past that yet, which in some ways underscores the difficulty the characters in the book are encountering. They are people, and they are people of color, and those aren't two separate issues or conversations.

In my review, I said your transitions to move the stories along were clinic good. Hopefully your students are paying attention. I know I am. If you can, please tell us a little about your upcoming novel, The Empire Has No Clothes.

Thank you. The Empire Has No Clothes is a novel about a woman who takes a job at a charter school and is tasked with creating a progressive history textbook, which becomes increasingly difficult, especially when she realizes that her family is involved in a controversial fictional historical event, and has to choose between her political loyalties and her family loyalties. There is also a troublesome younger sister, a senate campaign, some old family secrets, and a lot of sex and drugs.

I say this because otherwise it sounds like I'm writing some combination of history book, political policy paper, and literary novel, and apparently no one reads any of those things any more. But structurally, the novel is a mix of these different forms and voices, so it's been fun to play with things like fake history book excerpts, or transcriptions of imaginary political commercials, along with the greater variation of voices that the novel form offers.

I want to thank Lydia Hirt from Riverhead Books (Penguin) for passing along the questions to Danielle Evans and making this great Women Writers of Color feature possible.
Posted by Doret at 6:00 AM

Labels: before you suffocate your own fool self, danielle evans, wwoc

I am so happy to meet the author of these stories. Love the title of the book. Although, I can't say it with flubbing it up first. Good success to you.

I absolutely adore that title, and I'm always pleased to see more books of linked story cycles, and short stories. There's an art to that which I haven't mastered and probably never will - but I LOVE to read them, and I'm glad to make the acquaintance of a new writer, especially a woman and a woman of color. Yay!

It's official I'm stealing Before You Suffocate Your Own Fool Self from my mother! (she's slowly reading it on the train, haha). What first attracted me was the title and in addition, I love this interview so I definitely have to read it :) And the rave reviews haven't hurt... ;)

And now I'm psyched for The Empire Has No Clothes, I adore politics so reading a novel that involves it along with a multiculutral cast sounds right up my alley!

Ari - Your mother is not going to give up the book easily. And you'll be the first suspect, if the book goes missing.

Has she read 32 Candles yet?

Excellent interview, I have ordered to book. Looking forward to reading.