WiP or most recently published work: 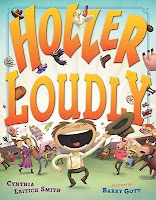 Rain Is Not My Indian Name (HarperCollins, 2001)

Plus several short stories, most recently:

"The Wrath of Dawn," from Geektastic: Stories from the Nerd Herd, edited by Holly Black and Cecil Castellucci (Little, Brown, 2009)

My main author site at http://www.cynthialeitichsmith.com/ is updated monthly.

My blog is updated most days, typically Monday through Friday.

Is your site designed for reader interaction?

I offer an email link at the main site and the option to comment at Cynsations at LiveJournal. In both cases, I do reply.

If you're drawing on the CCBC statistics: http://www.education.wisc.edu/ccbc/books/pcstats.asp, the number of Native authors and illustrators publishing is even lower than it looks.

You see, the distinguished Abenaki children's-YA author Joseph Bruchac frequently publishes multiple titles in a year. That's great news in terms of raising the number of quality books, but the upshot is that in a year where, say, five books are listed, it's possible that two are more are both by Joe. So, we're talking painfully small numbers of Native voices overall.

"Why?" is a big question. It goes to larger issues in the Native Nations and mainstream society. It takes money to support oneself while writing, and it takes connections that may not be available to a writer living on a reservation or, for that matter, any community that's outside of the upper middle class or higher in terms of socio-economic resources.

For a long time-and still sometimes today-depictions of Native characters in youth literature have been inaccurate, drawing on stereotypes. That signals to writers in the community that this isn't necessarily a field that will welcome their voices.

Furthermore, Native folks are underrepresented to non-existent, not only among children's-YA book creators, but also in every category-agents, editors, art directors, marketing pros, distributors, booksellers, teachers, librarians, and everyone in between.

We're short on champions, which makes are friends-people like you who care and are willing to make some noise-all the more important.

As far as publishers are concerned, it's largely about numbers. If my Native fiction made the NYT bestseller list and so did Joe's and Tim Tingle's, then publishers would be looking hard for Native voices.

(Granted, Sherman Alexie and Louise Erdrich have enjoyed commercial success with their children's work-and well deserved, too-but they came in as adult-market bestsellers, which gave them a quasi-celebrity status. Furthermore, the indie bookstores that built their generation of authors of color for adults don't have the numbers or resources that they used to).

As far as Native writers are concerned, yes, they should be encouraged, but also they need to know that they're not in it alone, that they're welcomed by readers who can't wait to dive into their stories.

What's harder for you to write; picture books, middle grade fiction or young adult fiction? Is there a genre you prefer? If so, why?

To me, a picture book is like a puzzle. I can pick it up and put it down and riddle it out. A novel is more like an all-encompassing, brain melt.

I'm pleased that my Gothics feature diverse casts and protagonists of color and that they've been so enthusiastically embraced by YA readers. It tells me that some of the pending diversity issues and challenges are more about us grown-ups. It makes me hopeful for the future.

Top 5 reads you're looking forward to reading in 2010?

The Agency: A Spy in the House by Y.S. Lee

The Agency: The Body in the Tower by Y.S. Lee

Alien Invasion and Other Inconveniences by Brian Yansky

Truth with a Capital T by Bethany Hegedus

One Crazy Summer by Rita Williams-Garcia

100 words or less how would you describe your work? 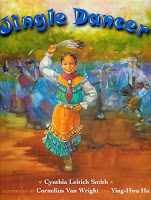 I write funny stories, daily-life stories, heart-felt stories, and larger-than-life stories, often set in the mid-to-southwest. I write stories of family and community and feathers and fangs. Of the working class and royalty, heroes and villains, big mouths and furred folks-all of whom are stretching to grasp whatever it is they need and want most.

100 words on less please share your thoughts on : Women of color writers

I would encourage women of color writers to define themselves and shrug off the expectations of the market. If you want to write stories inspired by your

community or the child in you, go for it. If you want to strap on wings and lead YA lit up to heaven, then feel free to do that too. Write every-kids and make people a little uncomfortable, but never forget to honor the hero in you.


Thank you so much for taking the time to be with us today Cynthia! I wholeheartedly recommend Eternal and Tantalize. And I've heard nothing but rave reviews over Jingle Dancer, including one from a member of our staff). And I agree with The Agency series by Y.S. Lee being top reads of 2010! Cynthia's blog, Cynsations is one of the best resouces for anyone interested in literature, whether reading it or writing it or working in the publishing industry. Furthermore, Cynthia is one of the few Native American authors writing for children and for that, the world of children's literature has been immensely enriched. Can't wait to see what she comes up with next!

What a wonderful and inspiring interview! Thanks, Cynthia :)

Great interview! I read Rain Is Not My Indian Name and hope to get a review of the book written soon. I'll link to this interview post, and maybe new readers will find this excellent blog.

@Jen-Thank you for stopping by and reading the interview :) Cynthia is beyond inspiring!

@Bonnie-Thank you. Please let us know when you review the book (comment with the link), I really want to read Rain Is Not My Indian Name (in fact I just ordered it). Thank you for linking to us as well =D

I'm linking the interview next week. Thank you, Cynthia, for the insightful information. wow! What I read about the CCBC numbers saddened me. I wish people could spread the word more about the books already published; maybe it would create a chain reaction by getting them more noticed.

Ari, thanks for featuring Cynthia! :)

What an informative and interesting interview. I Love your favorite 2010 books, putting them on my TBR shelf. I really loved Tantalize, and can't wait to read Eternal! Thanks for continuing to shed light on books of color and the importance of reading them!