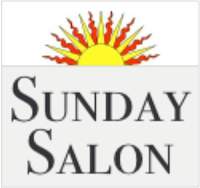 Last week the health care bill was passed. The debates brought out ugly remarks and some violent actions. Based on many of the remarks and opposition, I wonder if people really understands what the aim is. Do we what this bill is designed to do?

This week, I want to hear from you. All views welcome. Challenge the message and not the messenger. Our query: Do you think the bill moves us in the right direction? How should the GOP respond to the unacceptable behavior and remarks of some of its rank and file?Even if you opposed the bill, what accounts for the ugliness? If you disagree with the bill in general, what alternatives do you suggest? If you agree but would like to see differences, what are they? Has your family been affected by the absence of national health care? Should we have national health care? Tell us why or why not.

Immediately after the passage, a young woman at work said in disgust that she didn't want her tax dollars paying for Shaniqua and her thirteen babies. I asked her if she knew the bill was to address the working poor, individuals who are working and who can't afford health insurance. I asked her if she knew according to what was shared with us that the average premium would increase by $5oo over a benefit year. That's $42 a month. Less than she pays to get her nails done. This is a woman who for six years didn't have insurance because she waited tables and worked in a dentist office that didn't offer health insurance to employees.

Do most people know that it is the private industry, current health care insurers who will be charged with the task of designing the plans and managing the programs and not the government.

Have most Americans bought into rhetoric or have we read the bill and the proposed amendments?

Because I work in return for room and board, I make very little actual income: about $1,800 a year. So I don't pay taxes, and most of that money goes toward my health and auto insurance as well as gas. So there's no money for vacations or spending $42 on getting my nails done or other extras.

But now I won't be able to afford my health insurance due to the premium increases--at least, not any coverage that provides a real safety net to my finances. Yet now I also can't go without insurance. And the tax credit to help the working poor afford medical insurance won't help me.

So I work hard (farm work) and currently have insurance, yet from what I've read in this bill, I'm now worse off than ever before.

I'm sure I'll figure something out, but I feel upset because now I really do feel poor.

Why did we supposedly need this? If a person got sick and needed emergency treatment, they could go in and get treated under they way it worked before. The hospital couldn't deny treatment even if you couldn't pay. True, you probably wouldn't get the most expensive tests and treatments, but those are the perks of living in America not basic health care.

So many people in other countries don't even have access to the medical supplies we can cheaply buy at the store and are dying because of the lack. I think Americans have a somewhat warped mindset if they don't appreciate the level of health care we already had. And they'll likely only complain about what they'll be getting now, too, even if this was what they wanted. Oh, the irony. :)

Debbie,
Are you sure you won't qualify for a stipend?

I know paying premiums so I by no means mean to say $42 is nothing to someone who has very little or nothing, but those of us who do, I cannot argue that $42 is unfair. I also believe in caring for one another, a Christian belief, a moral belief that many of us say matters to us.

In many countries like China where many have far less than we do, they have medical coverage. How does a nation with the population of China manage and we can't?

I think there is something fundamentally wrong when a citizen has to be near death and use the Emergency room for health care.

I believe there is a way to care for more people in this country and to be equitable. I do not see reform as something to take from citizens like you to care for others.

Many people in this country cannot elect to live in the manner that you do. Want to talk about irony. It takes a certain kind of support system to elect to live as you do. And I am grateful for those who can.

I need to find the link again but someone send me this calculator where you could put in your scenario and see what you would pay and/or what kind of tax credit you would get and i put in my sisters situation with 2 adults and their total income is under 25K combined and they come out better than they do now and for my husband and I there is no change to our situation. Even if I did have to pay a little more it makes me happy to see my tax dollars at least going to something that feels more in the keeping with LIFE, liberty and the pursuit of happiness versus say another war.

Before the bill passed I gave up trying to understand it. I grew tired of the partisan bickering and nastiness.

I am lucky to have health insurance and my employer will receive a tax break because of the bill. I believe that if this bill hadn't passed it would have taken another generation for the country to approach the idea again, driving most of us further into debt. I believe this bill will start to rein in the power of the insurance and pharmaceutical companies and like Jessie, I am happy to have my taxes go towards health care and not some other war.

As for the GOP they need to distance themselves from those calling for violence, name-calling and bad behavior. They need to demand that those indiviuals STOP. As a people and a country we are loosing all sense of civility and democracy. I am ashamed.

I feel the same way. There seem to be an open checkbook on war but health care is asking too much.

If the GOP is serious about it credibility and integrity, they must denounce the fanatics. To be silent is to be complicit.

I can accept disagreement and different opinions. What I do not understand is the ugliness. I can't understand why people would hurl hate-filled speech and physically threaten people.

I've definitely been avoiding facebook so I wouldn't have to read the vitriol of some of my friends, or deal with invites to stupid groups like "I bet we can find 1,000,000 people who don't like healthcare reform." I know it sounds mean, but whenever someone sends me an invite for one of those groups or fan pages, I just want to send them an invite to become a fan of Barack Obama, b/c if you don't care to respect my political beliefs, why should I respect yours?

That said, as a post-college student, I'm excited for this bill and excited to be able to be back on my parents insurance. I don't have health problems, but I like having that safeguard in case something should happen.

Also, as for your remarks on the hatred and rude statements made by the GOP pertaining to this bill, I agree with you 100%. I was watching something on TV the other day about how the DNC chair sent a letter to the RNC chair asking to tone down the rhetoric, and asked the RNC to put out a statement. They basically refused and instead put out this press statement full of animosity, so then the DNC chair released his story about the be-nice letter.

I just don't get the appeal of being a hater/screaming socialist like it's a bad thing, or yelling racial slurs or homophobing remarks at members of Congress. Do these people realize it makes them look stupid, and will place them on the wrong side of history? I mean, from what I've read, these are the same type of people who opposed racial integration of the 1960s.

Again, sorry for making this such a long comment, but agh, just had to vent for a little bit!

I'm delighted that it passed but have to admit to a lot of ignorance about what it actually entails and how it affects me directly. I think we'll be a better country overall, for taking care of our own.